The COVID-19 pandemic has compelled businesses and service units to rethink the way they function. From increasing digital adoption and enabling remote working for employees, to offering services online and reducing consumer touchpoints, organizations have implemented a decade worth of changes in a few months.

As enterprises have adopted digitalization, they have come to rely on data for everything. Data helps enterprises create better machine learning (ML) and artificial intelligence (AI) algorithms, which can be centralized on the cloud. Such algorithms help organizations perform the same tasks faster.

All the social media and mobile applications that we use daily need some stringent checks before they reach the end user. So, it’s critical to have the most powerful and effective automation tool that fully automates the quality assurance (QA) process.

In today’s world, AI is present in every sector – automobile, IT, manufacturing, banking finance, and more, but in the area of functional automation, AI is still at the nascent stage. Automation script development or maintenance still rely on human effort.

So, can AI be used to develop an as-a-service solution in functional automation?

Some market leaders have built tools for codeless automation. While these tools speed up the coding process, they do not resolve issues related to object identification and flow maintenance of application under test (AUT) due to frequently changing user interfaces (UIs). Firms still rely on manpower to design and maintain flows by using codeless automation. Moreover, these tools are completely dependent on a developer’s intelligence in either building the appropriate flow or fixing it.

So far, automated testing has remained largely human-intensive, but hyperautomation can reduce human effort significantly. How? Let’s understand the challenges organizations face presently and how they can move ahead for a better solution.

Challenges with the Traditional Automation Approach in Testing

The IT industry has increasingly moved toward agile and DevOps over the past decade to launch applications faster in the market with frequent builds and deployments. Each deployment follows a repetitive process that comprises multiple phases. The QA phase can be completed faster and with better quality results if we use automated tests. Though firms can opt for application programming interface (API) automation over UI, the latter cannot be completely ignored, as the deployed applications must be quality assured from an end-user perspective.

Quality is especially critical in domains like banking, finance, recruitment, and accounting. One of the important and widely accepted type of functional automation is User Interface (UI) automation as it tests application as an end user. However, organizations face various challenges with UI automation as it does not go hand in hand with agile and DevOps because:

1. UI automation is a slow activity with complete dependency on the UI. Though codeless automation can quicken the development process, it’s still fueled by significant human effort.

2. Automated scripts fail to operate even when small changes are made to the attributes of web elements due to a lack of self-healing processes.

4. In-sprint UI automation execution is difficult because user stories are delivered in the latter half of the sprint. An automation engineer does not have enough time to automate scenarios and execute them in the same sprint.

These challenges increase human dependency, which in turn increase costs and reduce overall savings by automation.

Adoption of digital technologies has changed the face of the world in many ways and yet there are other possible outcomes of infusion of digital tech with any existing technology which could be a game changer. One of its application could be in automation space where we could expect the following benefits:

A containerized, cloud-based, and on-demand engine can be deployed to run quality checks on applications and generate reports for human analysis.

By adopting similar approaches, our businesses can be offered as a holistic service rather than per resource basis service and with this, AI-driven testing can give rise to automation-as-a-service (AaaS), similar to platform-as-a-service (PaaS), infrastructure-as-a-service (IaaS), and software-as-a-service (SaaS).

Clients may get benefits like faster time to market, early bug detection, faster quality analysis and checks keeping spirits of Agile and DevOps cycle high in Application development lifecycle instead of running over them to in rush of deployments with inferior quality checks.

The organizations that have adopted AI-based testing have an edge over their competitors in automation services, as it helps them offer their customers deeper value. 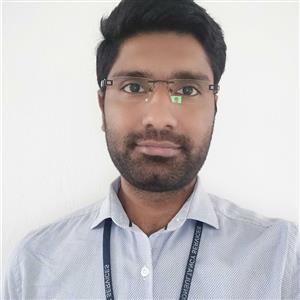 Anuj Khandelwal is an automation architect for HiTech at TCS. In his current role, he provides automation-related consultation and advisory services to TCS’ customers. Anuj has several certifications, including from the International Software Testing Qualifications Board, Microsoft, and the Scrum Foundation. He holds a bachelor's degree in Information Technology Engineering from Arya College of Engineering and Information Technology, Rajasthan, India.

The AI Evolution: From Transforming Businesses to Overhauling the Social Order

Customer Data Ethics in the Age of AI and Social Media