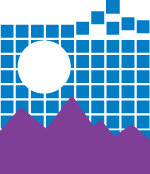 The TCS 2020 Chief Information Officer (CIO) Study seeks answers to central questions facing information and technology executives across industries in Europe and North America: How are they helping their enterprises navigate a complex and fast-evolving digital landscape? Where are they focusing their digital initiatives? What traction have they gained this decade from those efforts?

This report provides insights from analyzing the surveys of CIOs in Europe (representing 402 companies in Germany, the Netherlands and the United Kingdom). It sheds light on the impact of digital business on revenue, how corporate culture influences where companies digitize their businesses, and how board directors and top management see their firms’ digital opportunities over the next decade.

Other reports in this series examine these and other issues across and within industries:

Additional reports will look specifically at the following industries: consumer packaged goods; banking, financial services, and insurance; retail; and media, entertainment and information services, as well as the viewpoints of CIOs at North American firms.

■  Regardless of their digital progress to date, a majority of European board directors and top management have a more narrow than expansive view of the digital future, according to their CIOs.

■  Revenue from digital businesses and digital products and services this decade has risen from one-third to approaching half (45%) of total revenue.

■  The most advanced companies in terms of digitizing their businesses and reaping the rewards (companies we refer to as “digital leaders”) have, on average, larger total revenues than the “digital follower” companies.

■  Despite thinking more narrowly about digital business possibilities (in their CIOs’ views), executive teams at Digital Leader companies still see abundant digital transformation work ahead. However, management at about two-thirds of the Digital Follower firms see their opportunities for further business digitization “limited.”

■  Over the past decade, cloud computing has had the greatest impact on digital transformation. Looking ahead, CIOs expect artificial intelligence to have equal or greater impact.

How Digital Leaders are Different: Context in the CIO Study

Across 11 industries in Europe and North America, we analyzed the survey answers of 1,010 CIOs and other IT executives to understand the differences between firms that are leading and trailing in the digital transformation of their businesses.

40% of the 1,010 CIOs we surveyed worked for European-based companies

Only five of the 11 industries we surveyed yielded more Digital Leaders than Digital Followers in Europe: high-tech, telecommunications, banking and financials services, healthcare and life sciences, and retail. In the remaining industries, the number of followers outnumbered the leaders by factors ranging as much as 5 or 7.

Digital Leaders in the study, in both Europe and North America, were likely to have two or three times the annual total revenue of Digital Follower firms—not just from digital business, but overall.

The average European company’s revenue from digital businesses, products and services rose 12 percentage points from representing one-third of revenues in 2010 to 45% in 2018. (These were each two points lower than their North American counterparts.)

Digital Leaders started from that relatively strong base, with CIOs reporting that 45% of revenues in 2010 already came from digital businesses, products and services, a share that rose to almost two-thirds of revenue in 2018. In contrast, followers’ digital revenue as a percent of total rose modestly, from 29% in 2010 to 37% in 2018.

When asked to characterize their company’s culture, CIOs in Europe said their enterprises were most focused on product and service innovations, with 61% of all firms in the region citing this as a high point of emphasis. Two related cultural focuses followed close behind: customers (cited by 57%) and their firm’s brand image, or how customers perceive their value in the market (cited by 55%). (For this question, respondents could select more than one response.)

Digital Leader companies are focused on a range of activities, both internally and externally facing. For example, 79% said they see product and service innovations as an area of great focus, followed closely by a focus on customers. Seventy-three percent, meanwhile, are focused on competitors, while two-thirds said operations is an area of great emphasis.

The cultures of Digital Follower companies show that these firms as a group don’t focus intensely on as many activities as Digital Leaders or even compared to European firms overall. About half of the follower companies said they focus on four activities: product and service innovations, brand image, customers, and operations. We asked European CIOs to describe how their companies’ board and top management think about their business and opportunities in a digital world. They see their leaders as proceeding within parameters more confined than the CIOs themselves. The majority (more than 60% of Digital Leaders and Digital Followers) said their leaders think narrowly or very narrowly about their digital business opportunities. That isn’t to say they don’t see any such opportunities, but their CIOs seem to think they are perhaps more than merely cautious. The industries that depart most from the continental view, where 70% or more of boards and management were described as thinking more expansively than narrowly, are European banking and financial services (73%) and the travel, transportation and hospitality industries (70%). By contrast, Europe’s consumer packaged goods (CPG) industry seems the least open to pivoting to new digital ecosystems to succeed. Of the 57 European CPG companies surveyed, only two of their CIOs said their board and top management think expansively.

Seeking further insights on the issue of what they think the digital future holds, we asked CIOs to assess the attitude of their company’s top management team toward the work of digital business in the future. European CIOs overall were split: 37% said company leaders saw limited opportunities to further digitize their businesses, while 35% said they had just begun their efforts. The remaining 28% said their leaders believe their companies have covered a lot of ground but still can do much more.

Studying the responses from CIOs at Digital Leader and Digital Follower companies reveals several stark contrasts. Digital Leader companies see potential to do much more transformation work. Fifty-eight percent said top management believes their companies have covered a lot of ground but still have a lot more to do.

The responses from Digital Followers were markedly less sanguine: 68% of these companies’ corporate leaders see only limited opportunities for more digitization. Only a single CIO of a follower company said its management feels it has covered a lot of ground and has more to accomplish. Asked about their views on specific digitization opportunities, European CIOs (like their North American counterparts) said they see the most potential in an area that is historically familiar to them: information security and IT service management. Indeed, a quarter said they think this area could be fully digital by 2030.

Aggregating their answers, European CIOs see their companies’ products, services or processes becoming 66% to 76% digitized in the next 10 years. (By their own estimates, these areas are 42% to 48% digitized today.)

We asked CIOs to rate the impact of important technologies—from cloud computing to artificial intelligence (AI), the Internet of Things (IoT), and virtual reality and augmented reality—on their digital transformations over the last decade, and which technologies they expect to have an impact in the coming decade. The clear leader was cloud computing, ranked as having an “extreme impact” by 29% of European CIOs and a “high impact” by another 48%.

While there was strong consensus that cloud computing had the biggest impact over the past decade, the answers varied between Digital Leaders and Digital Followers. The CIOs of leader companies saw AI as the second-most important technology these past ten years, while follower firms’ CIOs said IoT-related systems were the second-most impactful. For this latter group, mobile devices were third, and AI systems ranked fourth.

In looking ahead a decade, European CIOs felt AI would have the greatest impact, and that cloud computing would remain a difference maker. They differed on the relative importance of other technologies. They see machine learning and cloud computing as the second-most important technologies in the coming decade, nearly tied.

Digital Leaders in the region saw mobile devices as second and cloud computing as third. And Digital Followers also picked machine learning slightly ahead of cloud computing for second-most important technology in the coming decade. European CIOs Do More than Manage the IT Systems

Asked to delineate their responsibilities, European CIOs overall most often cited the development of embedded systems in their companies’ products and places of doing business, such as using Internet-of-Things technologies, as falling within their purview.

Other top responsibilities for CIOs at European firms include:

■  Researching emerging technologies and their potential value to the company

European Digital Leader CIOs most often cite developing IoT-related systems as their top responsibility also—82% of leader firms have them do so—but then their responses differed. They cited researching emerging technologies for their potential value to the company as their second-most important responsibility. Two responsibilities—oversight of data and analytics and data security—were tied for third.

Digital Follower companies placed managing legacy technology at the top of the CIO responsibilities list, followed by the development of new information systems for existing processes and the development of IoT-related systems. Notably, while data security was a key responsibility for Digital Leader CIOs, it was cited the least by European CIOs working at Digital Follower companies (only 16%). For Digital Leaders, it is a different story, however. In Europe, these CIOs spend two-thirds of their time on digital business model innovation—even more than the 61% reported by North American Digital Leaders. European Digital Followers reverse this emphasis, so that their CIOs spend 59% of their time on managing their existing IT infrastructure, compared to 41% on developing new digital business models.

On the other end of this spectrum, industries in which European CIOs spend the majority of their time on managing their present IT infrastructure include insurance, industrial manufacturing, and media, entertainment and information services, and consumer packaged goods.

The TCS 2020 CIO Study asked senior IT executives in 11 industries about their work, their company’s digital success, and where they’re focused strategically for the future. Among the 1,010 companies represented in our study, 40% (402) were based in three countries in Europe: Germany, the Netherlands and the United Kingdom. The IT budgets under these CIOs in Europe ranged from less than $25 million to more than $1 billion, with 47% of them falling in the $25 million to $100 million range.