As part of TCS’ Fit4life initiative, TCS North America launched a once in a lifetime competition in June, offering 10 global employees a free trip to New York City and an opportunity to experience the most prestigious endurance running event in the world—the TCS New York City Marathon—on November 6, 2016. The winners will join a group of serious runners among clients, prospects and colleagues called ‘Team TCS’ and act as TCS ambassadors, proudly representing their regions in this iconic race.

The judges, comprised of TCS leadership in North America and TCS’ Fit4life programme, were particularly drawn to employees who demonstrated a deep commitment to living a healthy lifestyle, have become serious runners and regularly act as champions of TCS’ Fit4life programme in their local offices. The judges were also moved by the many compelling personal stories employees shared about what inspired them to start running.

Winners will receive the following complimentary benefits as part of Team TCS: Leads the Enterprise Asset Management function in the Utilities Centre of Excellence for TCS. Based out of Kolkata, India, Anand has been with TCS for  almost 20 years and is a regular at TCS Fit4life activities in Kolkata.Anand hopes to run in many of the world marathon majors. In addition to running, he likes to spend time with his family and cook. He is dedicating his TCS NYC  Marathon to his mother, who was diagnosed with endometrial cancer in 2013. He  will be running in support of the Cancer Foundation of India and the Tata Medical Center in Kolkata. 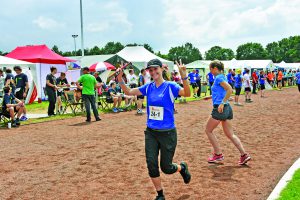 Works as an HR Business Partner for Central Europe, based in  Frankfurt,   Germany. During a typical workday, she hires new TCS talent, takes care of  talent management topics, solves general employee queries, and organises CSR and employee engagement events. Helene has been with TCS for over nine years.Through TCS, Helene has been able to participate in the Berlin and TCS  Amsterdam Marathons. Besides running, Helene loves to travel and is passionate  about charity work. 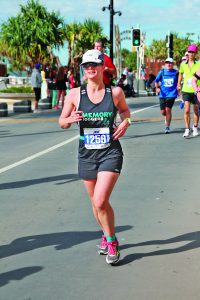 Head of Organisational Development for the ANZ/APAC region, based in Sydney, Australia. At work, Jane focuses on diversity and inclusion, special projects, leadership, and talent development. She has been with TCS for  nearly 14 years, nine of which were spent working with TCS in the UK.

Her life as a runner started in the UK, first running smaller races such as 3 km,5 km and 10 km, before moving on to half and later full marathons. Jane has completed three full marathons to date. She loves to encourage others to be more active and have a healthy diet.

Jane recently had two children and is looking for her next big challenge in the TCS NYC Marathon. In addition to running, Jane loves travelling and exploring the world. She is currently living in her sixth country! Leads the P6 CoE Support Team for a large manufacturing client in Guadalajara, Mexico. His job is to learn about servers and new technologies and help use that technology to meet the user's expectations. Jose has been  with TCS for two years.

Jose loves sports and plays semi-professional volleyball. He also enjoys cooking all kinds of food, but especially seafood, which is a tradition in his hometown.

Inspired by his aunt, Jose took up running two years ago to ensure his family history of heart and diabetes diseases came to an end. Jose is excited to represent Mexico at the TCS NYC Marathon and demonstrate to his family, friends and co-workers that no one can hold you back from accomplishing your goals. Works as an accountant for TCS, based in Budapest, Hungary. Maria feels she has the perfect job, as she loves to chase data and investigate, which she gets to do a lot of in her role.Over the past five years, Maria has finished nine half marathons and in the spirit of fitness, has started to commute to work by bicycle. In addition to running, Maria is an adventurous foodie, a paraglider pilot and a huge fan of science fiction.

Maria considers the TCS NYC Marathon the adventure of a lifetime and is ready to push herself to the limit to achieve this goal. Maria is dedicating her race to the Hungarian Suhanj Foundation, which helps disabled people enjoy life through sports. 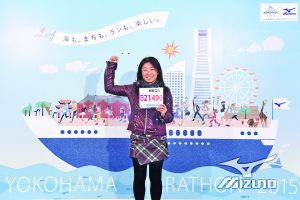 Leads the network team that supports clients' domestic and international networks, helping to analyse various problems. She has been with TCS Japan for two years.Since she started running two years ago, Megumi has completed five full marathons. She recently joined the TCS Japan running team and is hoping to inspire her colleagues in Japan to run. In addition to running, Megumi is an avid golfer and loves her cat. Megumi is hoping to use the TCS NYC Marathon to foster new working relationships with her international colleagues. She will also use this opportunity to express herself throughout the race. 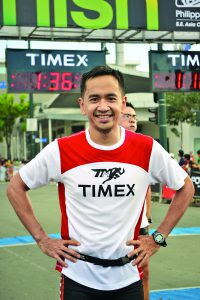 The Delivery Head of a Print and Digital Company for TCS in Manila, Philippines. Leading various teams, Orland is responsible for delivering consistent high service performance and meeting agreed service level agreements in the most efficient manner. He has been with TCS for nearly two years.

Having lost his father to a stroke at a young age, Orland turned his tragedy into a passion, developing a love for endurance events and competing in several full and half Ironman races in Asia.

Orland is excited to participate in what he calls the pinnacle of his athletic career. He is thrilled to be representing the Philippines and TCS at the TCS NYC Marathon and is dedicated to getting as many colleagues as possible to join TCS' Fit4life programme across the globe. 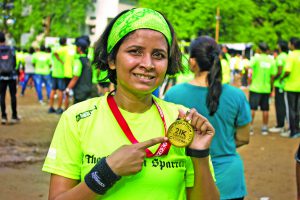 Works as a Business Process Lead for a financial services client in Pune, managing a team that deals with supply chain management and vendor setup. A proud TCSer, Prita has been with the company for more than three years.

An accomplished runner, she recently completed her second half marathon and was the first runner-up at the First Monsoon Marathon in Mumbai.

In addition to running, Prita is a state-level hockey player. She also enjoys reading and writing books and has recently published her debut fiction book, KLASS – A Man is lifeless without a passion in his life.

Prita is dedicating her TCS NYC Marathon to her grandfather and husband, who have consistently supported her in all her endeavours. 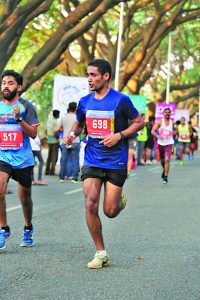 Currently works as a Technical Solution Designer in the Global ITSM Practice in Delhi, India. On the job, Vikrant works with customers to solve their  day-to-day business problems and helps his customers achieve their long-term business objectives. Vikrant joined TCS back in 2010, straight out of college.He recently moved from Bengaluru to TCS' office in Delhi. Vikrant is passionate about learning new skills and is an avid climber and cyclist. He is also interested in product design, travelling and film-making.

Vikrant is dedicating this run to his running group in Bengaluru, BHUKMP, his TCS Fit4life coach, Anto Jesuraj Vijay from Striders, and his entire team in the Global ITSM Practice. Additionally, Vikrant is also running to raise awareness for Epilepsy, a condition he suffered from in his childhood.