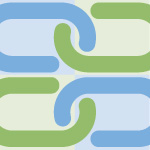 Futurist CFOs seeking to ride the Business 4.0 wave of transformation1 recognize that digital technologies such as cloud, the internet of things (IoT), data analytics, automation, robotics, and artificial intelligence (AI) will be vital enablers of their journeys.

Yet, when it comes to blockchain, the TCS 2020 CFO Study reveals only a minority, those whom we describe as “agile leaders”, are embracing the potential of this emerging technology to pull ahead in the race for transformation. For example, CFOs in this group are four times more likely to describe themselves as “very confident” that blockchain would have a positive impact on FP&A than are their traditionalist counterparts, who are yet to be convinced of the benefits (Figure 1).

This research reveals stark differences in the business attitudes and processes of the more digitally enabled businesses and those of their traditional counterparts. In this analysis, we refer to these two groups as “agile leaders” and “traditionalists.”

Agile leaders are those businesses that are able to access 90–100% of key operational and financial performance data, and act upon the insights with immediate effect. 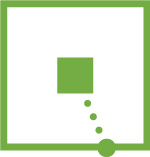 By contrast, traditionalists are able only to access, and act upon with immediate effect, 1–29% of key operational and financial performance data. Question: On a scale of one to five, how confident are you that the following technologies could have a positive impact on your FP&A capabilities? [Very confident]

And there is evidence that agile leaders are already investing accordingly: 45% expect to have gained more reliable data through blockchain technology by 2025, compared with only 27% of traditional followers. This disparity between the two groups means that, for the majority of CFOs, educating themselves on both the logistics and the real-world benefits of blockchain is reaching a critical juncture. Indeed, within our research, 61% of CFOs admit that understanding how to integrate blockchain with other technologies is a bigger barrier to adoption than understanding the ROI, yet less than one-third are prioritizing the “understanding of technologies” as a skills area for development.

Why are agile leaders investing in blockchain?

Agile leaders expect to gain a whole range of benefits from blockchain within five years. Whereas traditionalists are predominantly focused on IT security and lowering business costs, the leaders expect also to be using the technology to extract deeper insight from different data sets, to enhance the supply chain and to gain greater transparency on spending (see Figure 2).

“Blockchain gives you the opportunity to complete something in one shot,” says one Canadian CFO at a global financial services provider. “If you can parcel together a transaction so that everything from initialization and agreement between two counterparties through to cash settlement all happen together and instantly, that’s very powerful.” Question: Which of the following benefits from blockchain technology do you expect your company to have gained by 2025?

But it’s not just internal operations that the technology is likely to improve; blockchain also offers significant potential to transform business models by enabling greater integration within external ecosystems. 70% of the CFOs we spoke to agree that the biggest benefit is that it will lower the risk inherent in partnering with external companies.

"Blockchain gives you the opportunity to complete something in one shot. If you can parcel together a transaction so that everything from initialization and agreement between two counterparties through to cash settlement all happen together and instantly, that’s very powerful."

"There are a lot of companies that are competing against each other, but the banking market is large and there is room for a number of players. Some have access to more data and don’t necessarily want to run the risk of sharing too much information, but it isn’t about just battering down everybody else—sharing clientele data is how the market will retain its strength."
— Senior consultant
Financial services provider

Of all the emerging technologies, blockchain is the least developed—but, arguably, holds the most promise for the finance function and its potential role in transforming the wider enterprise. Forward-thinking CFOs understand that it will be on them to bring the organization along on the journey, with more than two-thirds (69%) agreeing that the finance function will serve as the proving ground for blockchain technology over the next five years.

"Everybody is talking about blockchain and nobody wants to be left behind. At Phillips, we have started to implement blockchain in small parts of finance. The intention is that it will be rolled out to other parts of the business once it is successful."
— Arvind Agrawal
Finance Director at Philips Netherlands

However, one of the biggest obstacles to blockchain implementation is a lack of education within the wider enterprise, explains one CFO for a global financial services provider, who adds that it will likely fall to finance leaders to overcome this. “The idea of everything being together feels inherently risky to business leaders,” he says. “Satisfying concerns that blockchain really is secure—that it is encrypted and protected, so that the information is safe—is one of the big barriers. CFOs need to address this mindset before the business will be ready to accept a fairly radical enterprise change.”

Clearly, CFOs cannot afford to be complacent over the next few years. Educating themselves—and the wider enterprise—on the value of blockchain must now be a critical focus to drive investment and to gain ground on the agile leaders who are already pulling ahead.